Business of the Week: Mark Cuban Cost Plus Drug Company

At Walton and Taylor streets in Deep Ellum, you can now see the framework of a new building, just two stories tall, close to where Taylor hits Hall Street.

It may seem like just another building, but the plan is for this spot to produce generic drugs at more affordable, discounted prices.

The Mark Cuban Cost Plus Drug Company celebrated the facility’s “topping out” Feb. 1, where CEO Alex Oshmyansky and others celebrated the moment with the craftspeople who are doing the building. 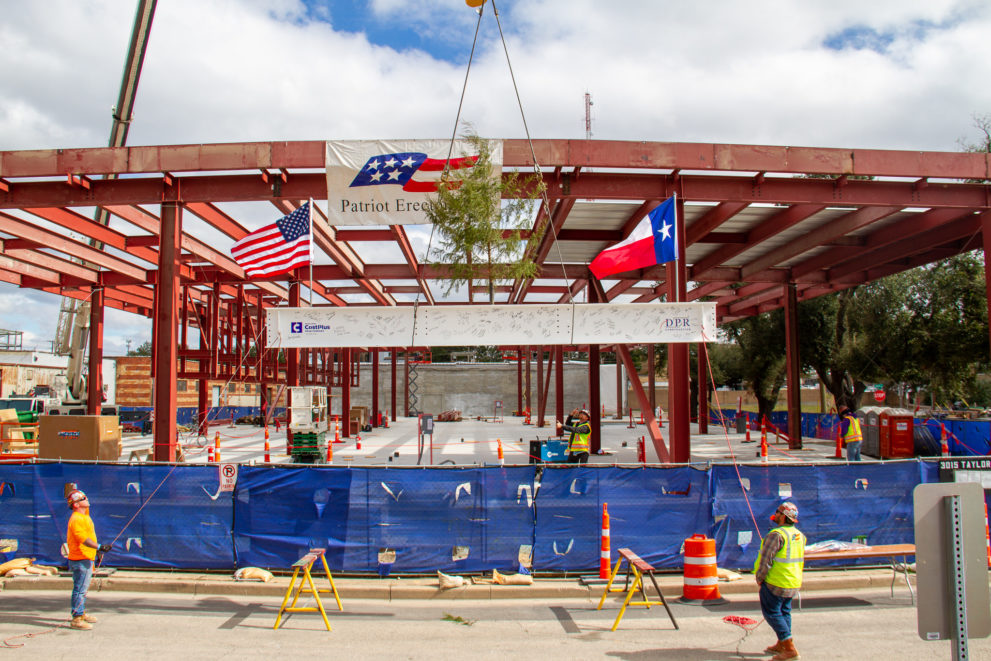 The beam lifts to the top of the soon-to-be Cost Plus facility.

This day was a ceremonial lifting of a beam that is set at the top of the building. The company had actually already launched its cash-only business selling 100 generic drugs more than a week before, selling drugs at a flat 15% markup and a $3 pharmacist fee.

“I’m an entrepreneur, I’m meant to be optimistic. But even I couldn’t have predicted the interest in our products this past week and a half, so I think now with that wind in our back, we can grow a lot faster than initially anticipated,” Oshmyansky told The Dallas Morning News. 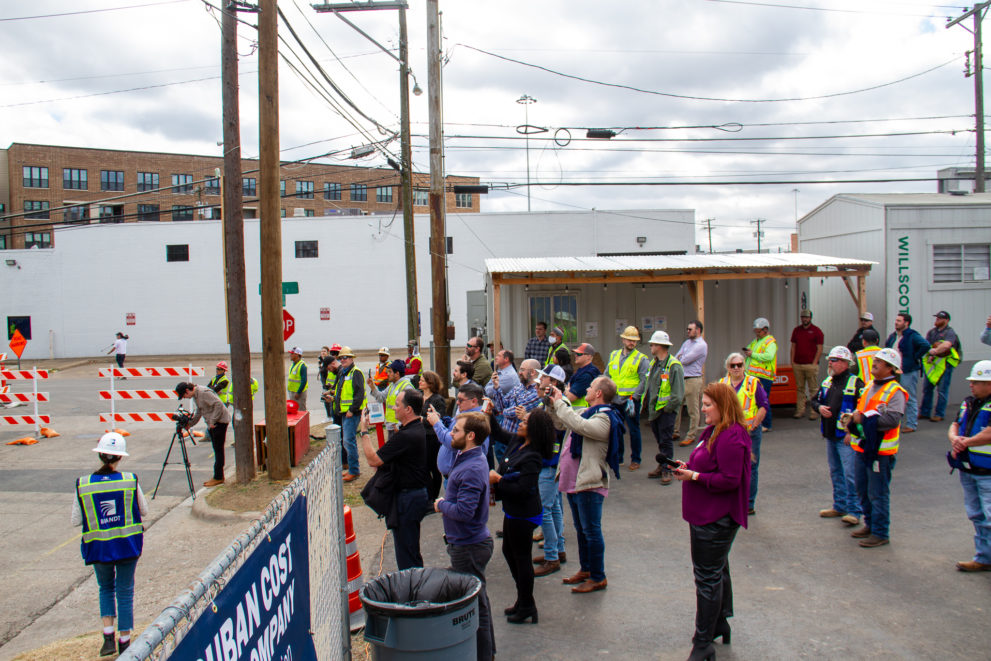 The crowd spectates the beam rising.

Deep Ellum is known for its iconic music venues, vibrant street art, bustling bar and restaurant community and, of course, its rich history as the birthplace of jazz and blues in North Texas. It’s less well known, though, that the neighborhood has long been a hub of innovation and a launching pad for entrepreneurs and startups.

For instance, the Continental Gin Company, founded in Deep Ellum in 1887, went on to become the largest manufacturer of cotton processing equipment in the country.

By the 1920s, Deep Ellum was a thriving commercial center: European immigrants and African American business owners here opened their doors to all customers, making the district one of the first purposefully desegregated areas in the City.

Later, in the ’90s, even when the district appeared sleepy, warehouses in Deep Ellum were buzzing with internet startups including Broadcast.com. From radical computing to the first E-Sports and Gaming Hub in the region, Mr. Cuban’s teams have continuously launched pioneering new ventures out of Deep Ellum, setting the standard and inspiring myriad other entrepreneurs to make Deep Ellum their launchpad. 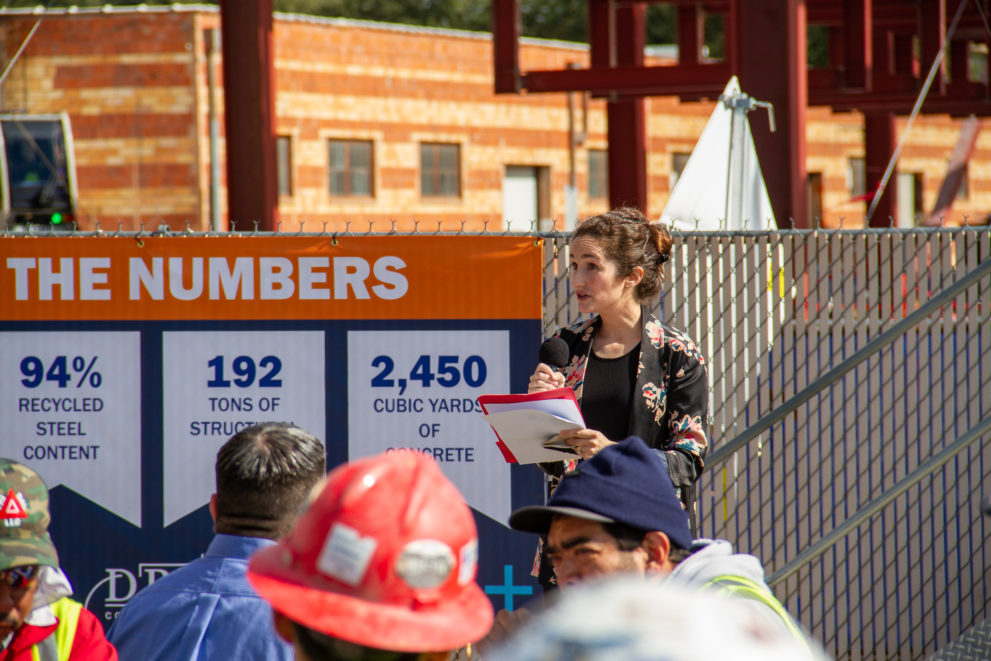 Stephanie Keller Hudiburg speaks at the topping out event Feb. 1 in Deep Ellum.

This company started with the clear-eyed mission to serve the public — including people with limited access — and bring low-cost drugs to those who need it most. In a country where 18 million Americans are unable to pay for at least one prescription medication for their household and 1 in 10 Americans have skipped doses to save money, Mark Cuban Cost Plus Drug Company aims to change healthcare and change lives.

“As a neighborhood that thrives on neighbors looking out for neighbors, we fully embrace this venture and its urgent mission to serve the common good,” Hudiburg said.

The year-long construction of the building has been intense — creating a sterile environment requires it — and Oshmyansky said he’s waiting on Food and Drug Administration approval to officially open. When it does, Oshmyansky said he hopes the facility will fill orders for more than 1,000 prescription drugs.